Chess: A Game Played by the Smartest

by Admin
in Education
0

When I was younger, I believed that chess was just for exceptional individuals with more evolved cognitive functions than I had.

In reality, when I started playing this exciting game, I realized that was not the case at all. I also unearthed many interesting facts about it, like how old is chess, that checkmate means “the king is dead”, that the queen is the most powerful piece on the board.

After several years of learning about chess, I concluded that chess players were like everyone else. If I could grasp it and become proficient at it, then anyone can master the game. Then it clicked that intelligence is unrelated to inborn skill or aptitude.

Being intelligent is a skill that is cultivated over time via consistent effort and practice. There is no doubt that chess players have an exceptional thought process because of their devotion and labor over the years.

How Can I Write Perfect English?

So, chess players are sharp, right?

Yes, the majority of chess players who compete internationally are brilliant. They can do outstanding calculations, recognize patterns quickly, and plan strategically.

3 Reasons Why Chess Players Are Smarter Than Regular People

Opening, middlegame, and end-game are the three phases of a chess game. A dedicated chess player at the highest level should prepare and be aware of at least 10 moves in advance.

A variety of opening options can be used to start the game. Due to this, chess players need to arrive prepared with their opening routine for any surprises their rivals may have in mind.

Skilled chess players who are enthusiastic about the chess match must be able to recall middlegame scenarios. They should be capable of identifying the tactics and moves for both sides and memorizing the openings.

The second part of the chess game, which includes the actual conflict, is known as the middle game. If you’re unprepared, you can quickly lose.

This is also that part of the chess game that is so exciting and dramatic.

Various versions can be played, just like the openings. If you want to have any edge at the middlegame stage, you should be able to calculate and evaluate.

End games need a significant amount of memorization, if not wholly. As a chess player, you must be familiar with the many rook strategies and underlying techniques.

Magnus Carlsen, the current world chess champion, is the iconic case of how to memorize and remember moves in chess. This extraordinary ability allows him to recall many positions from previous grandmaster games from the bygone eras.

Many other grandmasters also possess this skill. Chess players’ capacity for knowledge retention and memorization proves their brilliance.

In chess, creativity often refers to a player’s resourcefulness and ability to make the most of the situation’s limited resources. It may also imply that the player can devise an original plan of action or assault against the rival, resulting in victory.

At times, you will not have a clear plan. In that situation, you will have to create a workable scheme that will allow you to counterplay. You must first create an imagined situation for yourself in the game. To turn that into a reality, you must make a successful strategy with specific lines and variants.

These puzzling movements truly up the tempo on the board. This will tense your opponent. They will make an error that might dramatically flip the situation.

Chess players have a strong sense of pattern identification, much like any mathematical whiz or intelligent person. They may detect mating patterns and sequences at any point during the game. A mating pattern in chess ends in a checkmate. The player who notices this tendency will try to set up this position and mate the opposing King.

Every player has their opening, middlegame, and end-game routines. Your chances of winning a game increase if you aim for the best pattern in the opening game. This will position you for an early-game advantage.

The opening patterns could be: 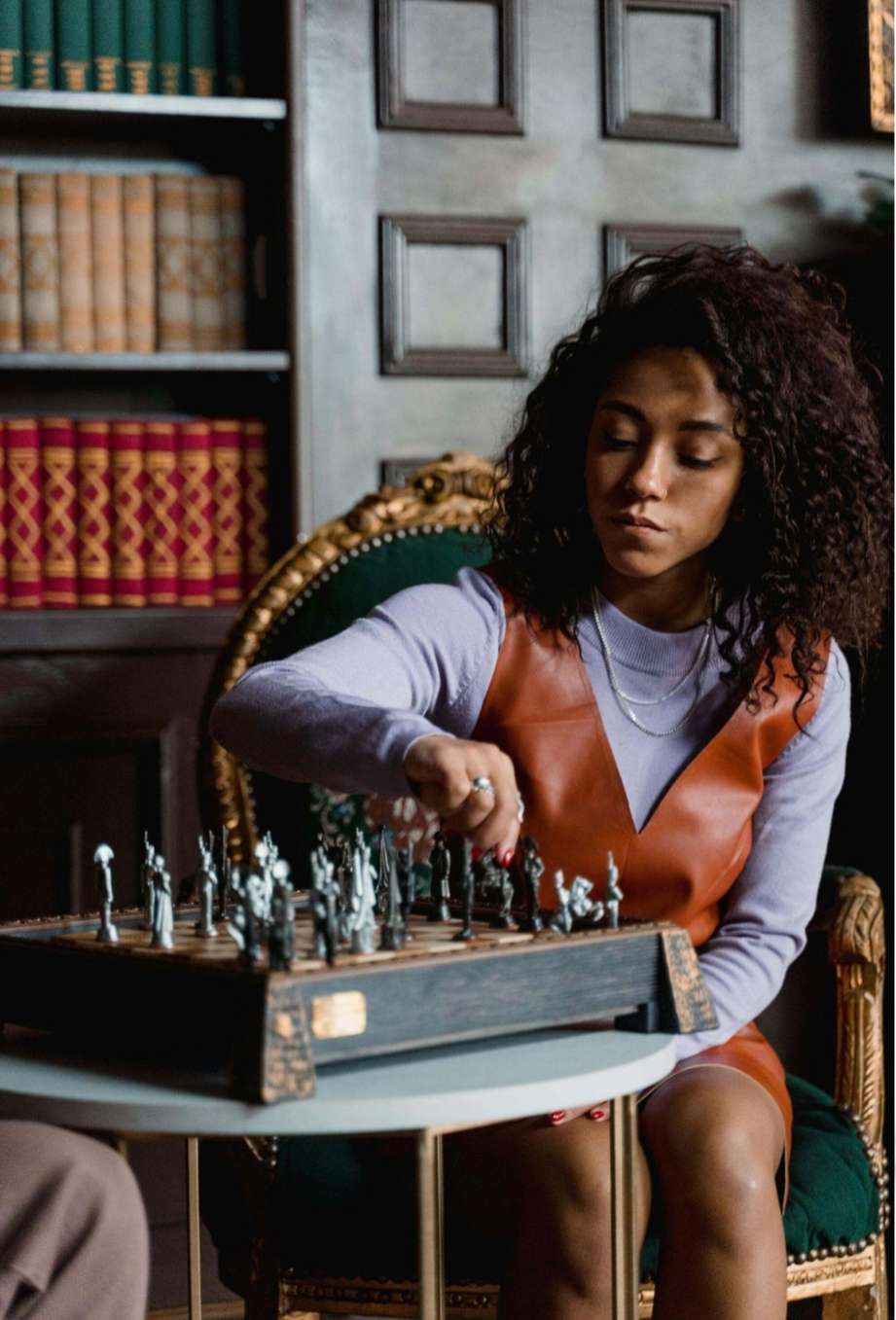 Chess players are more intelligent than the typical person because of their thinking style. They can swiftly see patterns, remember many details, and decide correctly when the time comes—generally and in real-life scenarios.

I must emphasize that even while this thinking style was formed through many hours of study and practice, it still required a lot of focus and perseverance to perfect.

Therefore, my friend, nothing is impossible! Work hard and study the strategies. In your next match, I am sure you will leave your opponent scratching their head.

If you found this blog motivating enough, then let me know in the comments.

How Can I Write Perfect English?

How to Find Statistics for a Research Paper

The Best Ways to Contact Amazon Customer Services for Help

What is the meaning of research paper help?